We test just about everything we can here at Conversion Sciences. We are always surprised by what new technologies teach us about people, even if the technologies aren’t widely available.

We’ve been fortunate to participate in a trial of the new oPhone, a device manufactured by Vapor Communications. The oPhone transmits scent across the Web, right to the desks of shoppers and to their olfactory receptors. Vapor has put the device into a large group of beta testers who keep it attached to their computers while they go about their daily tasks.
We designed a test to understand which scents drove more sales of which products on a client site that sold a variety of products. Would a leather scent sell more shoes? Would a male cologne make women buy more?
We designed a system that would send one of ten different scents to any individual oPhone beta users that visited a client website. They were never told when they were visiting an oPhone enabled site.
The scents we tested were leather, lavender, bubble gum, Old Spice cologne, new car, pine, Febreze®, Chanel No. 5, mint, and no-scent. Each  of these scents required that we have a separate oPhone attached wirelessly to a one of ten computers. These were then routed through our testing software for delivery to the oPhones attached to the beta testers’ computers.

Why odor is different from our other senses

Odor is of particular interest to us because of the way the brain processes odors. It is the only one of the five senses that bypasses the thalamus, the traffic-cop of the brain. Smells, it seems, have free and direct access to the limbic system – the “lizard brain” – and the neo-cortex, where memories and experiences are stored. This, it is believed, is why smells are able to transport us to places we’ve been before, affecting our moods, emotions, and appetite.

Smell  requires fewer “clicks” to reach it’s destination.
The oPhones device both “records” scents and “plays them back.” It will accept a scent in the form of a gas, spray or aerosol. The devices analyze the odor and transmit a signature to the host computer who then controls when that signature is sent (scent?) to the visitor’s computer via IP triangulation. If the visitor’s computer is connected to an oPhone, the odor is reproduced for them.
As our tests reached statistical significance, the “Old Spice cologne” odor was winning for all products in all categories, far above the other eight scents and the control (no scent).
“Why was mint so successful in driving sales?” we wondered. So we played the scent back on our oPhone.
It wasn’t Old Spice.
The subtle, yet nostril-inflaming aroma was quickly identified as belonging to the methane family of gases. Methane is rare in urban society, outside of the water closet.

One of our scents goes awry

It seems that keeping track of ten oPhones and ten computers and ten test treatments proved too much for the person setting up these tests. An investigation revealed that one of the team members dropped an oPhone into their lab coat pocket in a rush to get off to the bathroom.
During their extended visit to the loo, our test assistant was back in the lab capturing scent samples from each of the oPhones. She didn’t notice that one was missing. As far as we can tell, she captured a smell signature from the oPhone sitting in the pocket of his bowl-clearing colleague. It was supposed to be the “Old Spice” odor.
Of course, we were relieved to have discovered the error. We would have had trouble convincing people that this guy had the odoriferous secret to sales of almost any product.
We were also able to recommend some dietary changes to our colleague. Something just wasn’t right there.
Nonetheless, we were left with a puzzle. Why did a scent that no one would consider odorable win so handily in our tests.

Relief is a powerful motivator

We believe that the issue at work here is “relief.” Whatever our oPhone-stealing colleague had eaten the night before, the central compound in the odor was methane. This is true for all of us. After years of daily visits to our porcelain sculpture gardens, our brains learned to associate methane with a feeling of relief; a lighter feeling; a feeling that our vertical leap is maybe a few centimeters higher. All of these feelings were accompanied by one distinct smell: methane.
Methane means “things are good” to our limbic brains.
We speculate that people are tense when they shop. Perhaps the olfactory signal that relief has arrived made them feel more comfortable buying online. It could be true.
Another hypothesis is that the odor made them feel that they needed to empty their carts quickly, before they “had an accident.”
None of these conjectures can be verified without more testing.
What scent do you think we should test next? Let us know in the comments before April Fools day is over. 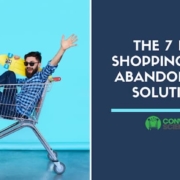 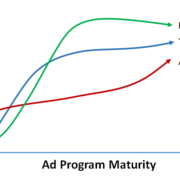 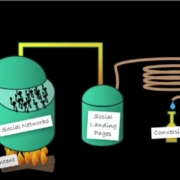 Close the Conversion Gap. Cater to the Impulse Purchase

4 Ways to Get a CRO Budget for Next Year