There have been two attempts to reboot the cultural phenomenon that is Star Wars. George Lucas gave us three prequels that, while generating some $2.5 billion in box office worldwide, were largely reviled for their lack of magic and stunted acting. Now JJ Abrams is rebooting with a sequel to the series called Star Wars: The Force Awakens.

Redesigning your website should be seen as a reboot of your online properties as well. Watch The JJ Abrams School of Website Redesign, and learn how to avoid creating a Phantom Menace when the Force Awakens for your website.

This is not the first reboot that JJ Abrams has helmed as visionary and director. We’ve got his incredibly successful treatments of the Star Trek franchise to consider as well.

The problem we have with the popular Responsive Web Design strategies is that you must change everything in order to create a “mobile-friendly” website. Responsive designs are programmed to make decisions about page content when smaller screens are encountered.

Many of these decisions are wrong, and we’ll cover them in our webinar.

Your responsive design may be creating the equivalent of Jar-Jar Binks, a figure hated perhaps more than Darth Vader himself. In the webinar, we’ll show you how what happens when redesigns go bad.

Your website redesign isn’t about changing things. It’s about building on what currently works, adding to the experience.

George Lucas managed to work merchandisable characters R2-D2 and C-3PO into the prequels, as well as beloved Obi-Wan Kenobi. But these characters didn’t create the esprit décor that the original ensemble did. In Star Trek, Abrams brought back young versions of the entire ensemble: Kirk, Bones, Scotty, and even two Spocks. Chekov, Sulu and Uhura were thrown in for good measure.

Your website is an ensemble cast of pages and experiences. Your landing pages need to prime buyers to get through the subscription process. Your category pages have to drive visits to product pages that entice visitors to add to cart.

Huge amounts of data is available very cheaply. Use it to know what to keep or suffer the consequences. 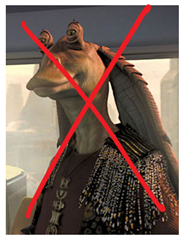 You don’t want to create any Jar-Jar Binks features during your redesign.

I’m sure George Lucas was certain that the Jar-Jar Binks character introduced in the Phantom Menace would be a beloved, merchandisable character. He was wrong. Abrams introduced Keenser, a (thankfully) silent alien who was Scotty’s sidekick in the first Star Trek reboot. However, he didn’t rely on this character for comedic relief nearly as much as Lucas did with Jar-Jar.

The cost to create the all-CGI Jar-Jar was huge, and probably took resources that could have been used elsewhere in the movie.

Unless you’re testing your way into your redesign, you are going to create some Jar-Jars in your redesign. These are features that you believe in, but that are rejected by your visitors. Don’t over-invest in these new experiences without testing them first.

Have A Reason for Radical Changes

Every website has return visitors. Your website, no matter how ugly you believe it to be, has visitors who feel at home there, enjoying a comfortable familiarity. They’ve invested the time to understand your site, to make it theirs. When you change it, they’ll be pissed.

These visitors need some rationale for your removal of familiar features and the addition of new ones. Avoid the pro-innovation bias, which is a tendency to change things because they are cool. Your returning visitors won’t think they are cool.

Even simple parallax animations are dangerous. It’s a technical error waiting for the wrong browser.

Don’t let your design firm add any “alien” features to your site. For example, parallax design causes animates to occur as your visitors scroll through the site. It’s the web equivalent of Jar-Jar.

Parallax design elements are like the blinking text of 1990s era websites. Or the Jar-Jar Binks of the Web.

In the Webinar, we’ll show you how to find out what is and isn’t necessary in your particular redesign.

This ain’t your father’s Star Trek.

2. Engaging new segments that need what you offer.

There is no such thing as an “average visitor” to your site. Design should specifically target key segments. These segments should not just be demographic as much as needs based. Segment by device type, by geography, by whether they are at work or play, or by the kinds of search terms they are using. Target segments at different stages of your funnel.

The death of a redesign is guaranteed if you design for the “average” visitor or design for yourself. See below.

After several significant successes, J.J. Abrams has considerable freedom to do what he wants. He ignored all of George Lucas’s ideas for the new Star Wars movie and took it in his own direction.

The executives that you report to will want to have a say in the redesign. Statements like, “I would never respond to that!” are poisonous to the process, unless you site is targeted at them.

Abrams didn’t get such freedom until he had a win under his belt. Your ace in the whole is research and data. If your redesign is questioned, you better have the studies, heatmaps, split test, and analytics you need to make your case.

If you don’t have this information, you’re not likely to have a success anyway. You may want your executives to attend our webinar.

Only after you’ve considered all of these key issues can you put your own unique stamp on the site design. Abrams has a thing for lens flair in his movies.

But none of this means anything unless you have beloved features in your new site, avoid adding Jar-Jar Binks experiences and address your visitors segment by segment.

Attend our free Webinar The JJ Abrams School of Website Redesign and make sure your next redesign isn’t a Star Wars prequel. 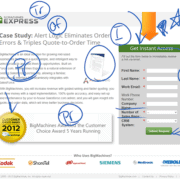 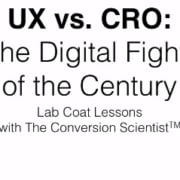 The Many Lessons of Heatmap Tests: For Further Study
3 replies