This is a guest post by Brian Combs of ionadas local.

About eighteen months ago, the SEO agency of which I was then a member was hired by a company in the travel industry. Their websites were seeing a 20% drop in traffic from Google. Even more worrisome was the nearly 25% drop in sales from Google.

Meanwhile, their keyword monitoring tools were saying everything was fine. Their tools watched several thousand keywords on a monthly basis, and the rankings had not substantively changed. If a keyword was third last month, it was third again this month.

We were tasked with determining the cause of the drop and prescribing a remedy.

The culprit was the new Google Maps business listing. These are the seven (at that point ten) listings that come up with the Google Map on queries with locational intent. 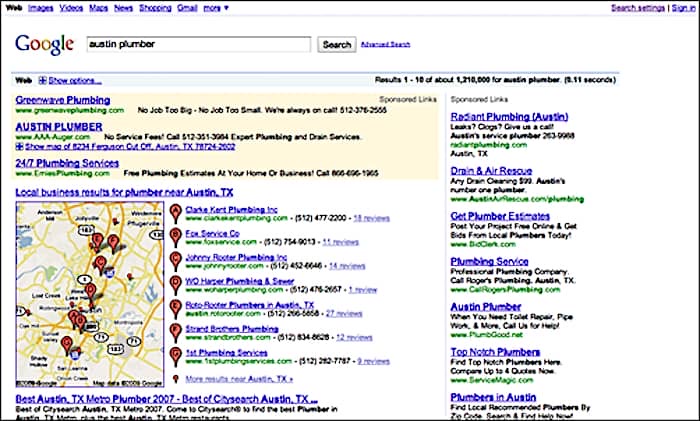 Note: The example image is from a different industry than the client in order to protect the client’s identity.

These Google Maps had begun popping up for a large number of the client’s search terms. A keyword that was third in the organic listings was likely to be pushed below the fold. As a result, the traffic from Google was dropping precipitously.

And conversion was dropping at an even higher rate. Clearly, it was the best traffic that was being lost.

I would posit that this represents the biggest change to Google’s Search Engine Results Page (SERP) since they began including paid listings above the natural listings.

Does Local SEO Matter for You?

If your business needs to generate website visitors, phone calls, or foot traffic from people in particular geographies, then local SEO is likely appropriate for you.

Do your keywords include a city (or neighborhood in them)? When you search on them, is the so-called 7-pack (or any Google Map) returned?

Google is constantly enlarging the universe of keywords that generate map results. So if the map is not returned today, it may begin doing so in the future.

Google is even assuming local intent when none is expressly stated.

For instance, if you search on [coffee shop], Google will determine your location from your IP address, and return you a list of coffee shops your area.

The impact of this change by Google can hardly by overstated. Even if you’ve worked your website to the top of the organic listings, the addition of the Google Map listings will have a substantial impact on Click Through Rate (CTR) and post-click conversion rate.

Which begs the question, what impact does placement within the 7-pack have on CTR?

While no studies have been published on this topic as yet, the assumption is that the curve of traffic decline within the seven maps listings is not as steep as it is for the ten organic listings.

Also, the company name within the Google Maps listing can have an effect. Known, branded companies certainly have an advantage. And those that are nothing but a list of keywords are likely at a conversion disadvantage.

Reviews and Their Impact on Conversion Rate

The Google Maps business listings very prominently list the reviews a company has received. These reviews may have been placed directly with Google, or may have been pulled into Google from third-party systems such as CitySearch.

Both the number and the quality of reviews within Google have an impact.

I have not seen any studies on the impact of the number of reviews on conversion, but I expect they are positively correlated. If there are two listings, one with twenty-five reviews and one with no reviews, people will tend to look at the business with reviews first.

And while the quality of reviews has little to no impact on rankings, it can certainly have a significant impact on conversions.

This is not to say that an occasional bad review is going to drive you out of business. We’ve all read reviews from clearly unreasonable people, and most people will give a company the benefit of the doubt.

But if the preponderance of reviews are negative, and the reviews seem reasonably written, you had better work to improve your product/service quality, and encourage happy customers to write reviews for you. 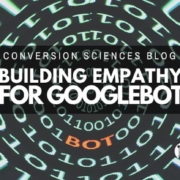 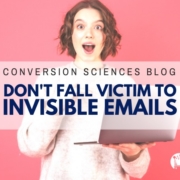 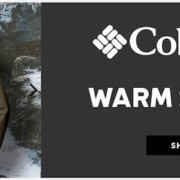 Converting the Toughest Visitor of All: Googlebot
2 replies

Is it smart to advertise free stuff?
Scroll to top