Is there magic in the animated video that is all-the-rage on the web? Should you invest in this style of video to communicate powerful messages to your visitors? Will this investment translate into higher conversion rates?
We set out to collect some data to help answer these burning questions. After all, we’re scientists.
To give you an example of what we’re talking about, here’s a video created for us by NinjaTropic to to introducing readers to AB testing as part of our comprehensive AB testing guide.
https://conversionsciences.wistia.com/medias/v75tbt09gr?embedType=async&videoFoam=true&videoWidth=780
This video summarizes AB testing in just under a minute and a half. The goal of this particular article is to establish us as the source for information on this transformational tool of websites. This should make our visitors more eager to subscribe, learn and grow.
In other words, we want to generate leads that will one day turn into sales. Just like you.
Why did we think that an animated video would outperform a simple “talking head” video? Because science told us it might.

Using Animation in Video Marketing to Generate Leads and Sales

Here’s a more traditional video that explains what we’ve learned about animated video and why you should consider it.

Based on their popularity, it seems that video of a “drawn” cartoon with voice over is a great way to keep viewers engaged. We wanted to know why that was, and we wanted to know if that meant they would also be more likely to convert if they were on your website and being asked to take an action.

We ran an eye tracking study, which sought to answer these things, and what we found out was very interesting.
For hand-drawn video, the motion of the pen drawn on a whiteboard while somebody’s speaking, or of a cartoon moving, pulls the attention of the visitor. It has a very high level of engagement.
Something else we thought was very interesting was that when you include cartoons of people, which is pretty common in these kind of videos, they get the same kind of attention that a real human face attracts. The effects of the cartoon face is very much the same as  a videotaped face, like the one of me talking above.
The human mind is drawn to faces and eyes, we like to watch them. Even if there’s something else going on, we always seem to return to the eyes.

When we did this study, we also coupled it with a split test. We tested this kind of video with talking head video like this, and with what we call slide video, which you might see given in a webinar, with static images.
What we found out was that if you put this video on a landing page, in which you have a call to action and a form to complete, the animated video converted better. In other words, more people were willing to go and fill out the form and take the next step than with talking head video or slide video.

So, if you’re considering video that’s going to call people to action, you really should consider animated or whiteboard video for your landing page. While hand-drawn video can be more expensive to produce, companies like NinjaTropic are driving the cost down with advanced tools and experienced animators.
The real question is whether any additional production cost is more than the increase in leads and sales you may get from it. The only way to know is to test it.
[signature] 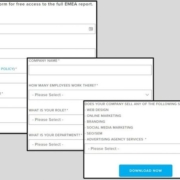 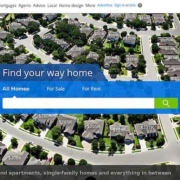 Why Great Lead Magnets Work (And Why Yours Aren’t Performing) 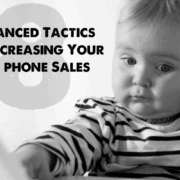