The Dollar Shave video went mega viral because it is “funny”, right?
But to understand why and how it is funny you need to break it down and analyze what motional strings it is playing. Only then will you truly understand its success.

Michael is fed up. Who isn’t?

Michael takes matters into his own hands

By doing so he becomes an agent for the aspirations of Gillette-enslaved Americans. When they buy blades from Dollarshave, they’re not customers, they’re proactive change agents who can create change and fortune by their own actions. Together with Michael they enact their shared American dream.
Remember the payoff in the video?
“Isn’t it about time?”
It’s not a product or service statement. Actually not even a statement. It’s just about how you feel when you’re fed up and want to take matters into your own hands. Like Michael.

Michael is one of us, not one of them

Look at Michael’s office. It’s a mess. You’ll find similar offices all over the country. Except of course at Madison Avenue. It’s as far from that as you can possibly get. In any case Michael seems to spend most of his time in the warehouse.
Michael would not pay an agency tons of cash to make this video. If you know a little bit about video production you can see it’s professionally made. Still it’s created to preserve an amateurish look and feel. That’s not by coincidence.
And Michael obviously can’t play tennis.

Ok, the flag at the end is obvious, but when you think of it the American theme runs right through the video.
There’s an homage to the ancestors (Grandpa with Polio). The evil villain is a foreigner (a Swiss tennis player). There’s a reference to the Vanderbilts.
It might not be as obvious to you as it is to me (I’m Swedish), but it’s there for sure.

Michael is a former marketing exec. Does he need to save dollars on his shaving in order to be able to keep the kids in school? I don’t think so. He just thinks it’s about time.
So when crafting the video for the launch campaign Michael needed to decide what people he should appeal to. – “What is the persona of my early adopter?”, is the question he must have been asking himself.
And I think the answer is – “People like myself!”. People who think the Swiss Army knife approach of Gillette is starting to look ridiculous. People who don’t need to save on their shaving. People who just have this feeling that something should change. Not for rational money-saving reasons, but for emotional reasons.
Others will come later. Who really need to save on their shaving. Who wants more proof of the quality of the blades. Then we’ll see other campaigns designed for them. But for now Michaels want to wake up thousand of Michaels around the country.

I listened to Jared Spool at Conversion Conference SF a couple of months ago. He said that every innovation goes through three phases; Technology, Features and Experience, being the final one.
Gillette is clearly about Features, with their vibrating handle, flashlight, 10 blades and backscratcher (according to Michael). They’re trying to sell us a Shaving Experience which is an Experience around the use of the product.
Michael, on the other hand, spends exactly 5 seconds to talk about the features of the products in the 94 seconds video. Dollarshave creates an Experience around how we see ourselves as individuals and how we want to live our lives. This is infinitely stronger.
We react much stronger to messages about our identity than our actions. I guess Michael knows this.
So if and when you decide to buy those blades you’re not just shaving – You’re participating in a collective experience designed to enforce your self-image as a strong and active American who thinks “It’s about time”.
John Ekman is the Chief Conversionista of Conversionista! He is regarded as a Swedish authority on Conversion Rate Optimization. According to John, a Conversionista is someone deeply and crazily passionate about improving Conversion Rates. You can find more inspiring posts on John’s blog. 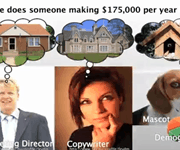 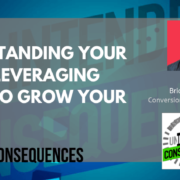 Secrets of The “Bad Boys” of Online Sales Conversion
13 replies

"My favorite part of the design is the money."Want Attention? Appeal to the Egos of Experts with Quotes
Scroll to top