You can find the most inane demographic information about Facebook users, the amount of time they waste on the site, how many of them are grandmothers, where to find a browser extension that will make all of those pictures of your friends’ kids turn into pictures of cats, and lots of other quasi-useful information that make for great click-bait.
Millions of people visit Facebook every single day without fail, and many of them are money-spending Millennials. Conventional wisdom says that, if you run a business, you probably should be on Facebook because that’s where the customers are.
Facebook has become an object beyond criticism. Or has it?
There’s also a lot of other data out there about how Facebook isn’t doing all that much for businesses. If you consider all of the time needed to build a following and curating content, it becomes too expensive to reach your Facebook members. There are alternatives, apparently.
An infographic from selfstartr makes the argument that Instagram is where you should be placing your bets on organic marketing instead of expending all your effort with Facebook. When a business posts on social media and doesn’t pay for it, that’s what we mean by organic marketing.

According to an article on Clickz, even people who defend marketing on Facebook aren’t saying organic marketing on social media helps increase conversion rates because “Most organic social media posts aren’t directly selling, because selling is rarely interesting enough to drive engagements.” This article lumps all social media sites together, including both Facebook and Instagram, but treating them the same way ignores a lot of data.

Instagrammers engage at a much higher rate than Facebookers. Not only that, there’s a very strong chance that your followers aren’t even seeing what you post on Facebook since only 6% of your followers see each one.

Facebook’s algorithm for the newsfeed means that no matter how far someone scrolls, they may never see what you posted.

Companies using Instagram have the potential to reach 100% of their followers. If your customers scroll far enough down on their feed, they’ll see what you shared. Keep in mind that when we say that engagement with brands is lower on Facebook, it’s not necessarily because people don’t see posts from brands. Millions of companies are creating content on both social media sites, but a much smaller group of people bother interacting with brands on Facebook.
Interactions on Instagram are more passive than on Facebook. Instagram has more barriers to content going viral, and you can’t see whether seven of your friends have double-tapped the same image (on Facebook, your newsfeed tells you what your friends Like). In other words, interacting with brands on Instagram isn’t as visibly social as it is on Facebook. Turns out, this model isn’t bad for business.

To sum up: Instagram users engage at higher rates and spend more money than their Facebook counterparts. How much time are you putting into creating content for your Facebook followers when only a handful of them see it and even fewer care?


There’s Still Time to Be An Early Adopter 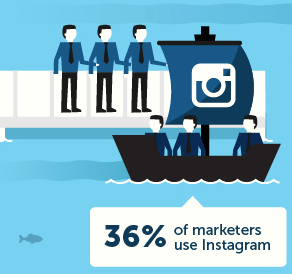 Don’t dismiss Instagram because whatever you’re selling doesn’t photograph well. Kissmetrics makes a pretty persuasive argument that it doesn’t matter: you can find a creative way to get around that problem. It also addresses some other misunderstandings that might be keeping you from creating a business account.

Facebook began with exclusivity. Only students at certain colleges could join, and no one else was welcome. No parents, certainly no grandparents, and absolutely no businesses. People caught marketing their business ventures weren’t welcome and would be immediately reported.
If that’s Facebook’s origin story, maybe it’s not surprising that people react with derision when it feels like their newsfeed is bloated with paid and unpaid ads. It’s inauthentic when someone tries to sell you something in a setting that’s supposed to be just your friends. Facebook’s original model didn’t have a place for that kind of interaction.
Instagram, however, was born into a world where businesses were already an integral part of social media. By the time Instagram launched in 2010, Facebook was already trying to be an everything-to-everyone social media site. Instagram’s focus was more narrow. Just photos.
Facebook is so broad that you can post your Instagram photos to Facebook. People use Facebook as a catch-all, so when they need something more focused, they go elsewhere.
People tend to use Instagram to follow interests instead of friends. They can see what their friends are doing on Facebook. Remember that you can potentially reach 100% of your followers on Instagram since it’s just chronological instead of using an algorithm. That doesn’t work well when you’re trying to keep up with other people’s lives, especially if they don’t post often.
Keeping up with an interest is easier because someone can follow lots of similar users. That’s a real advantage for businesses because data exists on the best times to post. It’s more acceptable to re-post similar images because followers may not see both and get annoyed.
Instagram is fertile ground for attracting Millennial consumers. This generation loves transparency, engaging with people and organizations with similar interests, and creative marketing. This group is huge. More than half of US adults age 18-29 are already on Instagram.
My takeaway from this study is that people think Facebook is kind of a drag. It’s necessary, but not all that fun. Two thirds of users engage with brands on Instagram compared to less than a third of the users on Facebook. Stats like that make me think about the quality of engagement on Facebook versus Instagram.
There are countless articles about customer service and customer complaints on social media, but it’s tough to find any information about using Instagram as a platform for complaints. Maybe Instagram will bring you higher-valued conversions and make social media enjoyable again.

Thanks to selfstartr for sharing. 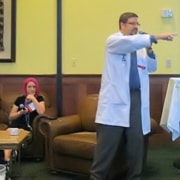 Use Google Analytics to Win at Content Marketing [INFOGRAPHIC] 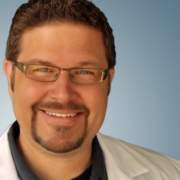 Making the Connection between Online and Offline Analytics

What if the Mobile Internet Wasn't Important? [INFOGRAPHIC]