Do online reviews really matter, and do they make a difference to your business? The answer is yes, they absolutely do.
Consumers increasingly use reviews left by other consumers as part of their pre-purchase research efforts, and a bad review can have serious effects on your sales.

Herd shopping psychology plays an ever effect on consumers’ behavior online. Groupon is a wonderful example of that, with deals kicking in only if a certain amount of people pay for them. Research shows that the more people have already opted in on a deal, the likelier it is new visitors will commit to it.

User reviews are not so far removed from this phenomenon.

Over 80% of people said that positive reviews would encourage them to purchase a product. The same number of people changed their minds about purchasing after reading as little as one or two negative reviews.

Unfortunately, fake reviews exist, and they exist in a massive abundance. Competitors have been known to leave bad reviews on products posing as disgruntled customers, That is why more needs to be done to help consumers identify a fake review.

You are bound to get a negative review at some point during your business career. That’s simply the reality and nature of the world. It can be devastating for a business, but most people recognize that everyone makes mistakes. A couple of bad reviews aren’t going to put the nail in your coffin and close your business down.

Here are just some of the facts why online reviews are not to be ignored:

Negative reviews aren’t all bad; these have been known to create a buzz around your business and increase its exposure, unlike fake reviews that have been so outlandishly obviously fake and ridiculous that they go viral.
Want to learn more about how online reviews can make or break your business? Check out our infographic.

User Reviews are the King 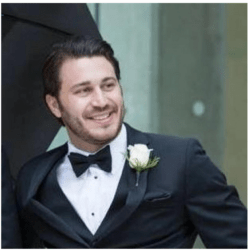 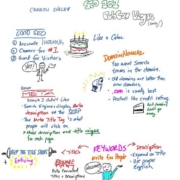 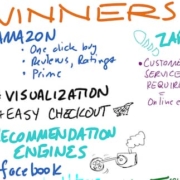 A Landing Page for the Heart: Your Online Dating Profile [New Series]

How to Convert Social Shoppers into Online Sales [SXSW]
7 replies

Visualizing Your Marketing And Sales Process