Guest Post By Russel Cooke
Facebook has a new advertising network that has some people worried about their personal data online.
The new network, Atlas, uses data it collects from users on Facebook to serve ads on other websites based on what Facebook knows about its users. Facebook already uses personal data to serve up contextual and targeted ads within Facebook, but now Atlas gives them the ability to use this data on behalf of third-party websites and apps. 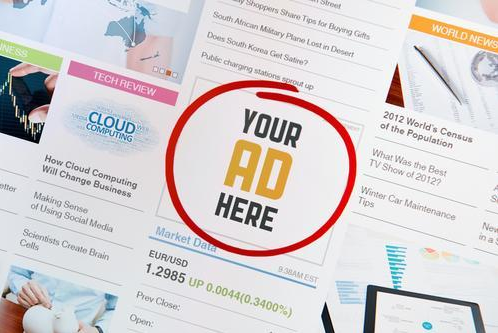 Atlas allows advertisers to follow users across devices and across the Internet. Image Courtesy of Shutterstock

Facebook bought Atlas in 2013 for approximately $100 million and has entirely rebuilt it. The former Microsoft property will now serve as Facebook’s alternative to Google AdWords, allowing advertisers to follow users across devices and across the Internet.
For example, a beer company utilizing Atlas can use the platform to serve ads on sports websites or game apps that aren’t related to Facebook.

In a blog post, the head of Atlas, Erik Johnson, addressed the limitation of cookies, which had been the industry’s instrument for serving ads on desktop and tracking users.
He noted that cookies are becoming less accurate when it comes to demographic targeting and don’t work on mobile. Cookies also have trouble accurately measuring the customer purchase funnel across devices, browsers, and in the real world. He wrote that Atlas’ focus is on “people-based marketing.”
This type of advertising may make some users uncomfortable in relation to how their personal data is used. Yet, it presents a new opportunity for advertisers and offers up an alternative to Google AdWords management.
The platform will also help marketers and advertisers understand how their efforts across different networks and channels intersect and how they can bolster each other. Atlas eliminates the need for silos in advertising campaigns, which results in a more consistent advertising experience for the end-user.
Facebook’s existing advertising solution previously only used cookies to track the websites that users visited and targeted ads based on that data. As mentioned, Atlas does not rely on cookies to gather consumer information.
In the past if a user browsed the prices of a car on a dealer’s website they would probably see car ads in their News Feed. However, because cookies do not work on mobile, it would have been difficult for advertisers to fully and comprehensively track the behaviors and interests of users.
Atlas is not dependent on cookies and can track the third-party websites that people visit. This more robust information better allows advertisers to target ads around the interests and “likes” of Facebook users.

The benefits of Atlas don’t end with tracking users and more efficiently targeting campaigns. It also has the ability to determine if a user purchased a product on a desktop after viewing an ad on a mobile device. It tracks the relationships between offline sales and the online advertising that spurred them on.
For example, if a person makes a purchase and gives their email address during the process Facebook would be able to let the store know that the person had viewed an ad online.
These connections will be invaluable to marketers and advertisers, as they will now be able to fully understand the relationship between their campaigns and real life sales activity. As the tracking grows and evolves, advertisers will create more compelling and powerfully targeted campaigns.
Atlas is making the advertising process more people-focused and the most successful advertisers will follow their lead.
Russel Cooke is a business consultant and writer from Baltimore, Maryland. He graduated from the University of Louisville, and worked in the Louisville area for over ten years before become an independent consultant and business writer. He recently relocated to Los Angeles, CA. You can follow Russel on Twitter @RusselCooke2. 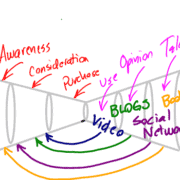 Are You a CRO Junkie and More – For Further Study

How Does the C-Suite Understand Conversion? The Book of Swagger

Turn an Image into a Landing Page Power Up