Conversion analysis reveals missed opportunities. What is the proper way to charge for online content and increase the number of subscribers?

The New York Observer paints a pretty stunning picture of one attempt to launch an online newspaper website. Was it to be expected, or is this an online sales conversion problem?

The article states that, after a $4 million overhaul and redesign, newsday.com, the online arm of the Long Island daily Newsday had attracted only 35 subscribers in three months.

Author John Koblin also writes that, since moving the site content behind a “pay wall,” traffic has dropped from 2.2 million monthly unique visits to 1.5 million in just three months. This may not be surprising, since there is little free content available from the online newspaper.

Is Newsday.com the Titanic of Online Newspapers?

What online newspapers can learn from New York Newsday

We can learn a lot from big disasters.

We can’t help but watch — self-conscious but riveted – when great endeavors come to a disastrous end. Myriad books and movies have been produced round the sinking of the Titanic, and after almost a century it still resonates in our collective memories.

Long Island daily New York Newsday launched a grand ship in their online newspaper at newsday.com. At a reported cost of $4 million they launched a designer’s site and placed their content behind a pay wall. After the passing of three months, they had garnered only 35 paying subscribers. The acquisition cost is staggering.

But it wasn’t a single iceberg that struck the hull of newsday.com. Instead, they got mired in the ice flows off the coast of bad choices.

No disaster is the result of one mistake. It is the culmination of a series of poor decisions with a dose of misfortune.

You’re making the same mistakes on your Web site.

I completed an in-depth review of the newsday.com site in my fast-paced presentation from PubCon South.

Does Content Want to be Free or Behind a Pay Wall?

I don’t think so. The price people will pay for content is determined in part by:

If your content wants to be free, then you haven’t branded it with at least one of these aspects.

Newsday’s content should pass the test with flying colors.

As you will see in my website review of Newsday.com they didn’t make the case. To some extent the content – stories, videos and applications – should make the case by itself. However, the site has the same categories, layout and value proposition of many news sites.

So far, all Newsday.com has done is put a price on it’s content.

What Newsday’s designers and developers failed to tell management is that newsday.com runs on computers, and computers can monitor the activities of those reading the online edition. This means you can test just about anything in the court of public opinion.

Instead of changing everything, newsday.com should have tested their way into the new business model.

Of course, a testing strategy doesn’t deliver a $4 million pay day to an agency and development team. There are few incentives for patience. If management didn’t think they had the time for a measured rollout before, they certainly don’t now. 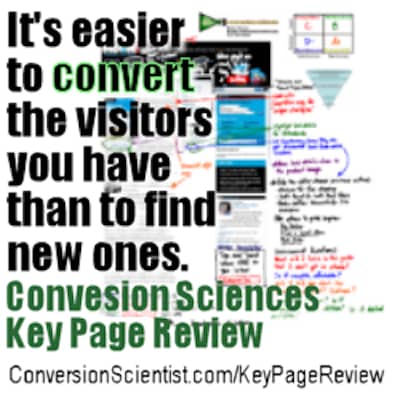 Blog BobBlitz.com posted a chart showing four possible layouts for the Newsday.com site. It appears that newsday.com is “enhancing its website” by “updating its color scheme.”

I don’t believe this is going to help.

It’s great that they are asking their readers what they think, but Newsday’s problems are elsewhere when you look at it through the eyes of a Conversion Scientist.

I believe Newsday has worked to prevent subscribers from completing a transaction on their site.

Would you like an analysis of your site? Request a Conversion Sciences Free Page Review. 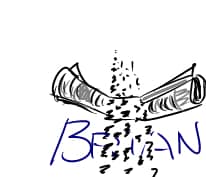 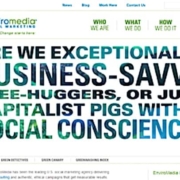 You Are What You Wear: Why Conversion Scientists Wear a Lab Coat

Your Rotating Headers Don’t Have to Kill Your Conversion Rate 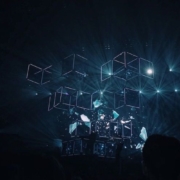 “Quick and Easy” is not a Value Proposition [PODCAST]

The Scent that Increases Online Sales

Why Landing Pages are Important for Dynamic Targeted Banner Advertising

Is This the Year of Conversion Rate Optimization?
Scroll to top