If everybody knows you can alter and curate your testimonials, is there any point in having them in the first place? Probably not, but if you are dead set on having testimonials on your website, then you need to make testimonials more persuasive.

Before you hire a bunch of writers to create a set of positive testimonials for your website, take a look at these three unusual tactics for making testimonials more persuasive.

Use A Long-Form Testimonial That Goes Into Intimate Detail

Despite the fact that the user probably believes the longer testimonial was written by a member of the website’s own staff, the fact is that the user is still more likely to read the longer review than any of the shorter reviews. This is especially true if the testimonial has headings, and things such as lists, alternative purchases, and pros & cons sections.

Look at Amazon book reviews. The longest reviews are almost always the ones with the most “This was helpful” votes. Even if the review looks like it was written by the author’s friends, it is still more readable and attractive than the hundreds of smaller reviews/testimonials on Amazon.

Name All The Bad Stuff And Convert Them Into Selling Points

When most people shop online, they do not read the hundreds of positive reviews. They search out the negative reviews. People do this because most people are aware that reviews and testimonials can be bought.

We have all seen the list of positive reviews on Amazon that were written by a marketing department, and then the several recent ones that are negative because they are real. You can use the fact that people search out negative reviews by using negative reviews/testimonials to sell your product or service.

There are two ways you can do this, you may do it by giving negative points and making them illogical, or you may answer negative reviews with selling points. Let’s start with a few examples of negative testimonials that you have added to your website that are actually illogical.

This book on “Sixteen Ways To Cook Beef” was full of tasty ideas, but I was very disappointed that they didn’t offer vegetarian alternatives.

The plumber turned up on time and had the problem fixed in ten minutes, which means there was very little wrong. I should have taken a look at it myself before calling.

Do not use this taxi service. Why is this taxi firm charging per mile? They should charge for the time it takes to get places. I am paying for a taxi’s time and not for how far it takes me.

Alternatively, you can allow negative reviews and then offer replies that create selling points. If done correctly, this can be a very powerful way to sell your product.

Do not make the mistake of asking the reviewer to contact your company via the replies because that is what all of the worst companies say.

Here are a few examples of negative testimonials and their replies that turn negatives into positives.

Testimonial – I received the second-hand DVD and it is scratched. It only works on my PC and not on my DVD player.

Reply – Thank you for letting us know, we will issue a refund right away. Also, we have invested in DVD cleaning machines. Every second-hand DVD we sell will now be cleared of scratches prior to being sent out.

Testimonial – Your writing service doesn’t cover formatting and setting styles. I hate having to set out my essays and I always get it wrong. You should at least offer a paid service so that people like me don’t have to suffer.

Reply – Quite right! We have instituted a new policy. All student customers will now have their essays set out and formatted free of charge whenever an essay is bought or an essay is proofread. Please return your essay and we will format it for free within 24 hours.

Many webmasters will not allow people to post directly to their web pages for a number of reasons. The most common reason is that it allows spammers to add content right away, but you can use spam catching software to stop that.

The second most common reason is that it allows users to add troll messages or negative messages into an area where potential customers may see them, but this doesn’t matter.

If your product or your service is a good one, then the troll messages or the negative messages will be dwarfed by the many positive messages. Plus, every Monday there is nothing stopping you from going through your testimonials and deleting a few of the most damning ones. After all, it is not as if your users are going to return every week to see if their testimonial is still there. 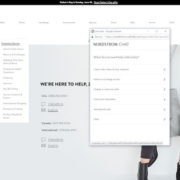 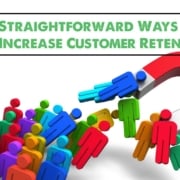 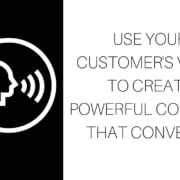 Writing Killer Conversion Copy: Getting Past the Bouncers in Your Brain

Anatomy Of An Optimized Checkout Experience 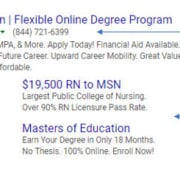 How to Instantly Establish Credibility Online

Converting Customers in the Fashion Niche
Scroll to top