Big, bold, radical, redesign tests always move the needle the most. That is if you know your market, really really well.   But through the years, I’ve found that it’s the little things that count with CRO.  Even today I’m excited every time I find an interesting case study that highlights something that you wouldn’t have likely thought about or put together.

When dealing with optimizing a website, for more sales, businesses need to constantly remember that they’re dealing with real people .  People with obscure interests and desires that fluctuate and are ruled by the world in which they live.

And most of the time, businesses aren’t going to be able to predict what is driving their visitors or what they’re behavior will be.  A lot of times, they really don’t know their customers at all.

They put up a website and just hope it works.  Forgetting about the people who browse the site.

But often, it’s these little nuances in your visitor’s motives and behaviors that can drive substantial wins.

You Can Learn A lot Just By Watching

A few weeks ago, I was analyzing visitor sessions for a client who was selling a gluten-free, healthy chocolate chip cookie, these things were huge, about the size of your hand.

Now, I don’t have much of a sweet tooth.  But I can tell you that after about an hour of watching these sessions, all I wanted was a chocolate chip cookie!

But then an interesting thing happened.  The next morning I started watching sessions at about 7am.  Yuck. I couldn’t even conceive of eating anything, let alone a chocolate chip cookie, at such an early hour.

And even more interesting…the visitor sessions that I was watching seemed to fly by.  While the previous afternoon visitors seemed to scroll and browse in what seemed to be a normal pattern – things were much different in the early morning hours.

Visitors were in and out at the speed of light.  The sessions lasted seconds, not minutes like the day before.  And I didn’t happen to see any purchases while doing that morning round of behavior analysis.

Now, these findings aren’t set in stone as a scientific finding.  There weren’t enough hours watched on my end to make that type of conclusion.  I only watched a full 24 hour days worth.

But if you are selling food products, I would encourage you to watch how people react to your product at different times of day.

Appetites do tend to have surges.  And the afternoon is a prime time where cravings really kick in.

If you do see such a pattern, perhaps you can display different messages at different times of day to visitors as a single test.

For example, in the hours where cravings might not be kicking in – or appetites are actually at their lowest, perhaps focus more on selling the health and nutrient aspect if it’s a health food product.  Or find some other aspect that doesn’t solely work on it being appetizing. Because it the appetite isn’t there at the moment – it will be harder to sell it.

However, when appetites do spike, there are ways you can capitalize on that.

I’m sure you’ve heard the saying “Never shop on an empty stomach”.  That’s because if you do, you might end up buying everything in sight.

That said, it might be wise to spend more of your PPC dollars during the hours in which most people’s appetites surge if you sell a food product.

It’s these forgotten aspects, like appetite patterns, that we might not have thought about that could make a big difference.

Knowing Your Prospect Is The Key

I was working with another colleague on a weight loss website not too long ago.  They had done a complete redesign for the client. It was gorgeous. Great graphics.  Great information. Great everything really.

But it failed in a split test against the original version.  Not so great.

She threw her hands up in the air.  She was frustrated and had lost confidence.

I looked over the page and something so small – that could be so big – stuck out to me.

The form to sign up for a free consultation was preceded by text that said something to the effect of “Sign up now for life changing results”.

But from our agency research about people looking to lose weight, we knew that this audience was often terrified of change. If change was what they were looking for, they would have done it years ago and they wouldn’t be in this predicament now.

People are creatures of habit.  It’s often what motivates them. Eating habits are strong habits to break.  Turning off the TV and running a mile with an extra 100 pounds to carry with you is not an inviting habit this group is longing to do.

In fact “life-changing” might terrify the hell out of these people.

From the client’s perspective, a life change would be incredible and empowering.  But, they’re not the ones that have to make the changes. The Prospects are.

The Context Of The Obvious, Or Not So Obvious

After a long discussion about conversion rate optimization (CRO), a colleague told me about an instance where his client was offering visitors a coupon with a significant discount.  Only they weren’t seeing it increasing conversions.

He urged his client to run a survey and after a lot of push-back the client finally caved in.

After asking visitors why they weren’t using the coupon…he got a surprising response.  The coupon was a printable coupon and the majority of visitors didn’t have a printer.

Wow.  Such a simple resolution by just asking a simple question.

Here’s another example of a business not having any idea that their visitors don’t have a device to print off their coupons…until they actually asked.

If you don’t think your audience is driven by their own unique circumstances and their own individual desires, take a look at this case study.

Adonis Clothing offers men’s clothing online.  Interestingly enough though, most of the actual shoppers are women purchasing apparel for their husbands or boyfriends.  In fact, 80% of the clothing retailer’s repeat customers are women.

With this in mind, their CEO decided to run a rather interesting split test.  He had thought about all of the times that his fiancée had encouraged him to grow out his beard a little bit rather than shave.

He wondered if other women found a little bit of stubble or a beard more attractive than a clean-shaven face.  And if they did – would they purchase more?

So he took this original page of a clean-shaven male model…. 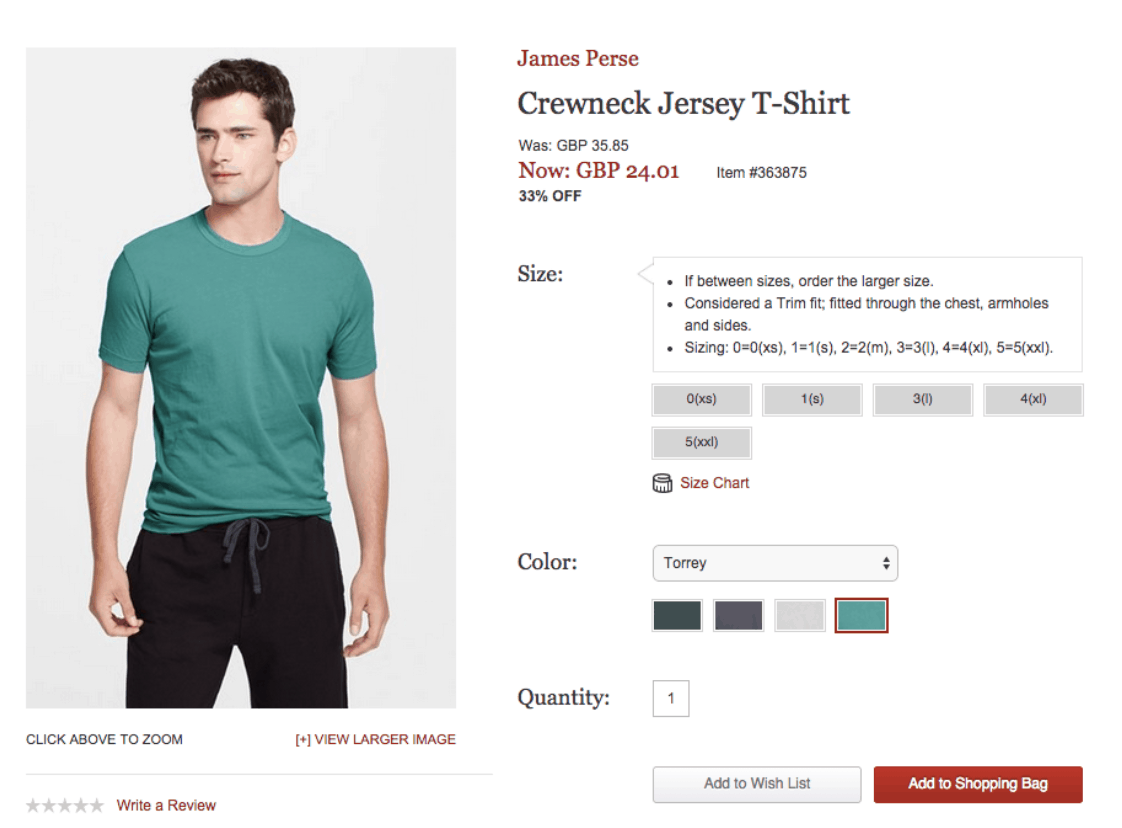 Would you buy from this guy?

And tested it against this page presenting a model with facial hair… . 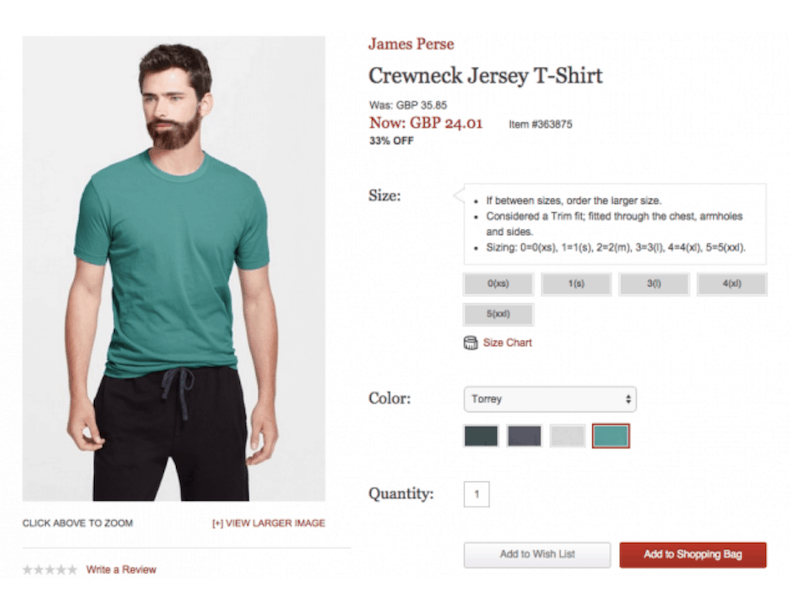 Most would buy from this hipster

The test version that modeled men with facial hair increased the number of clicks on the “Add to Shopping Bag” button by 49.73% resulting in a 33% increase in orders.

It can be these obscure little things that can actually make a pretty substantial difference.

I once saw another split test where simply adding an active blinking cursor within a form field increased sign up conversions by 17%.

Another interesting split test that I heard about had to actually be done in an unorthodox manner.

The client had currently been using a subdomain where the URL that showed up in the address bar in the browser started out with ww2.

The client thought this could be making visitors skeptical.  But there was no real way to test such a nuance to see if it, in fact, was doing so.

So they created a second sub-domain to be tested.  In this domain, they used the letter “v” twice to look like a “w”.  This way, the URL appeared as “wwvv” in which it looked like the standard 3 w’s.

In conducting this test, the client did, in fact, see that the number 2 in the address bar had made visitors leery and he saw an increase in conversions with the subdomain that read “wwvv”.

Digging For The Gold

I hope these stories got you as excited as when I first heard them.  Maybe it’s just me, but I love to discover a really obscure split test that nobody has thought of before.

That said, don’t be afraid to test your ideas.  In conversion optimization, it’s all about the big picture and the big ideas mixed with the small details that businesses often miss.

Your audience is unique and they have a unique set of motivators, desires, and fears.

Try to put yourself in their shoes and try to think how your visitors might be thinking.  Try to uncover motives. Ask yourself what might make them leery. What are their specific fears?

In asking these questions, you may find a handful of small nuances that could end up with huge results.

Bobby has over 17 years of experience in web design and Internet marketing and holds a bachelors degree in Marketing from Rutgers University. He is also certified in Online Testing and Landing Page Optimization and won the Jim Novo Award of Academic Excellence for Web Analytics. As well as a public speaker and contributing author to "Google Analytics Breakthrough: From Zero to Business Impact", published by Wiley. 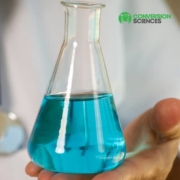 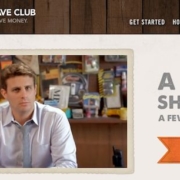 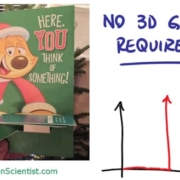 Christmas Conversion Principles: How To Choose A Christmas Card For Your Boss 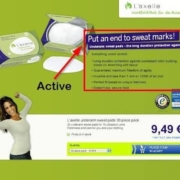 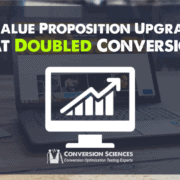 How To Persuade Landing Page Visitors To Convert

Converting Customers in the Fashion Niche